Designed to give the impression of quiet strength and simplicity the building embodies the essential qualities of the early settlers who endured the tough Mackenzie Country environment. Our modest stone church was built firstly to the glory of God and secondly, as a memorial to the pioneers of the district.

HISTORY OF THE BUILDING

Opened in 1935 the Church of the Good Shepherd is the sole church in Lake Takapō and continues to be a place of worship for local residents. It was designed by Christchurch architect R.S.D. Harman, based on sketches by a local artist, Esther Hope.

The builders of the Church were instructed that the site was to be left undisturbed, and that even the matagouri bushes surrounding the building were to remain. Rocks which happened to be on the wall line were not to be removed. The stones for the wall were to be procured from within a radius of five miles of the site, and were to be unchipped and in their natural condition.

The original roof was of wooden shingles, but had to be replaced with the present slates in 1957. The cupboard in the Vestry is made of wood from the Tekapo Bridge, which was demolished in 1954.

The foundation stone was laid by H.R.H. the Duke of Gloucester, on January 15th, 1935. The completed Church was dedicated by the Bishop of Christchurch, Dr Campbell West-Watson, on August 3rd, 1935. The Vicar of the Parish at the time was the Rev. W.E.D. Davies, and the architect, Mr R.S.D. Harman.

The Church of the Good Shepherd is interdenominational and services are held regularly throughout the year. 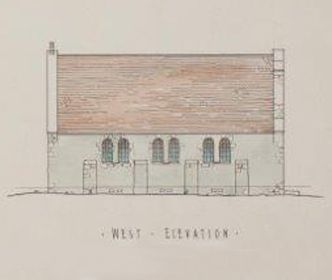 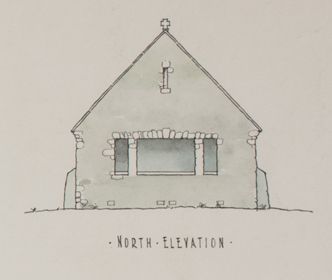 You are welcome to join us for our regular Sunday Services where we welcome worshippers from all over the world and from all Christian worship traditions.

Set amidst the lake and mountains visitors from all over the world are entranced by the majestic landscape surrounding the Church of the Good Shepherd.

The Church of the Good Shepherd was built to provide a place of worship and a place of gathering for weddings, baptisms and funerals in Mackenzie. We celebrate and mourn together.